Photographers capture images of a US Air Force B-52 bomber as it lands at RAF Fairford in Gloucestershire, England, Thursday, Feb. 10, 2022. (Ben Birchall, PA via AP)

The US Air Force is sending eight F-15 Eagle fighter jets to Poland to bolster NATO defenses amid lingering fears of another Russian invasion of Ukraine.

The deployment coincides with the arrival on Thursday of four B-52 Stratofortress jets at Britain’s RAF Fairford base, which US Air Forces Europe and Africa say is part of a long-planned and unplanned bomber rotation. report.

The fighter jets, which are assigned to the 48th Fighter Wing at RAF Lakenheath, England, were due to arrive at Lask Air Base on Thursday, Air Force officials said.

They are expected to work alongside Polish and Danish F-16 jets already performing NATO air policing missions from Siauliai Air Base in Lithuania, USAFE-AFAFRICA said.

“The additional fighters will bolster Allied preparedness and deterrence and defense as Russia continues its military build-up in and around Ukraine,” the command said in a statement. 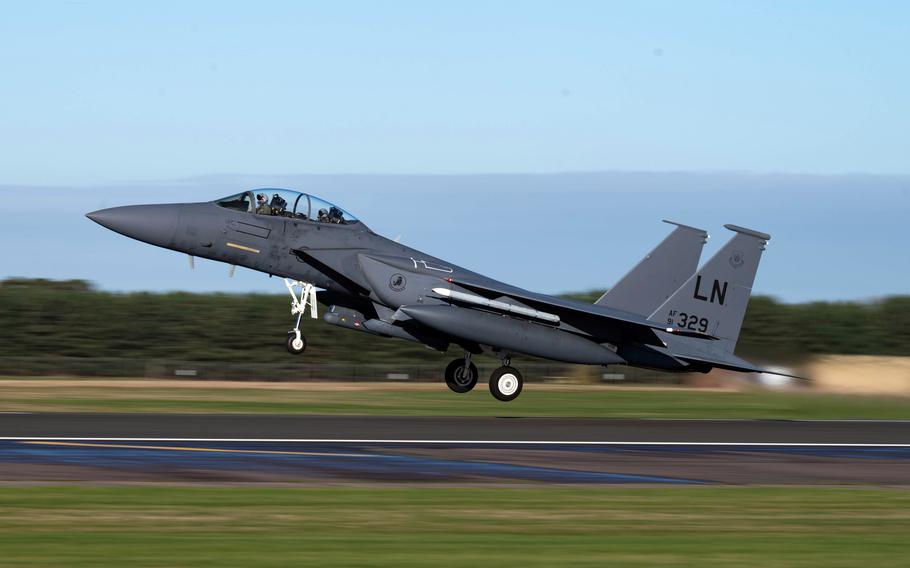 An F-15E Strike Eagle takes off from RAF Lakenheath for training operations in January. The Air Force is sending eight F-15 Eagles to Poland to reinforce NATO defenses as Russia continues its military build-up near Ukraine, the Air Force announced on February 10, 2022. (John Ennis/US Air Force) 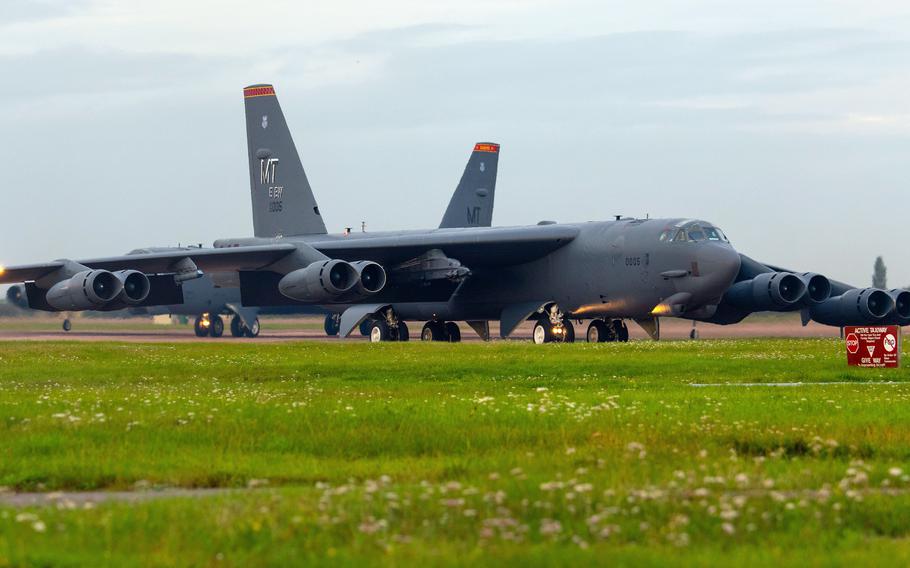 NATO Air Policing in the Baltics is a routine peacetime task shared by NATO allies. They protect the airspace of Estonia, Latvia and Lithuania, which do not have their own fighter jets.

The deployment of more jets in the Air Policing rotation comes as the United States bolsters its allies in Europe, in response to the placement of more than 130,000 Russian troops near Ukraine’s borders.

The fighter deployment demonstrates the solidarity of the NATO alliance, General Jeff Harrigian, head of USAFE-AFAFRICA and Allied Air Command, said in a statement.

The aircraft will work closely with a Germany-based multinational air operations center that coordinates missions across northern Europe, USAFE-AFAFRICA said.

Bomber rotations to Europe have taken place since 2018, the command said.

Jennifer reports on the U.S. military from Kaiserslautern, Germany, where she writes about Air Force, Army, and DODEA schools. She has previously had assignments for Stars and Stripes in Japan, reporting from air bases in Yokota and Misawa. Prior to Stripes, she worked for daily newspapers in Wyoming and Colorado. She graduated from the College of William and Mary in Virginia.