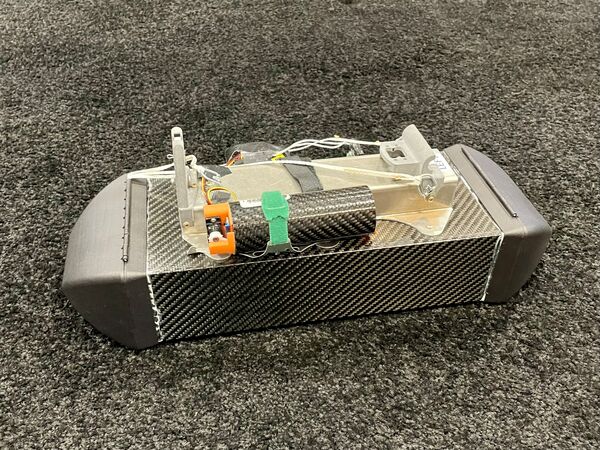 The US Army Medical Research and Development Command (USAMRDC) is developing a device to deliver whole blood and other medical supplies via an unmanned aircraft system (UAS).

Known as ‘Project Crimson’, the effort aims to provide pods that mount on vertical take-off and landing (VTOL) UAS and can carry Class VIII (CLVIII: meaning medical supplies and equipment) to troops on the ground, a USAMRDC spokesperson Told Janes at the 2022 Association of the United States Army (AUSA) Conference in Washington, DC, October 10-12.

The system is under development and the eventual UAS platform is not finalized, but for now USAMRDC is using L3Harris’ FVR-90 VTOL UAS and Near Earth Autonomy’s Peregrine Autonomy System for autonomous landing zone assessment, take-off and landing, the spokesperson said. .

The main element of the project consists of two types of cargo pods: the blood transport pods, which are temperature controlled and monitored, and the CLVIII cargo pods, which have an integrated parachute drop option. The latter can carry test kits, trauma kits or any other medical supplies that do not require temperature screening, the spokesperson said. A nacelle could be mounted under each wing.

The FVR-90 was chosen to integrate the pods and autonomy system in part because it participates in the Army’s Future Tactical Unmanned Aircraft System (FTUAS) program.


Interested in subscribing, see what we are up to

The U.S. Army Medical Research and Development Command (USAMRDC) is developing a device to deliver b…

Request a free consultation to find out how Janes can provide you with interconnected and assured open source information.