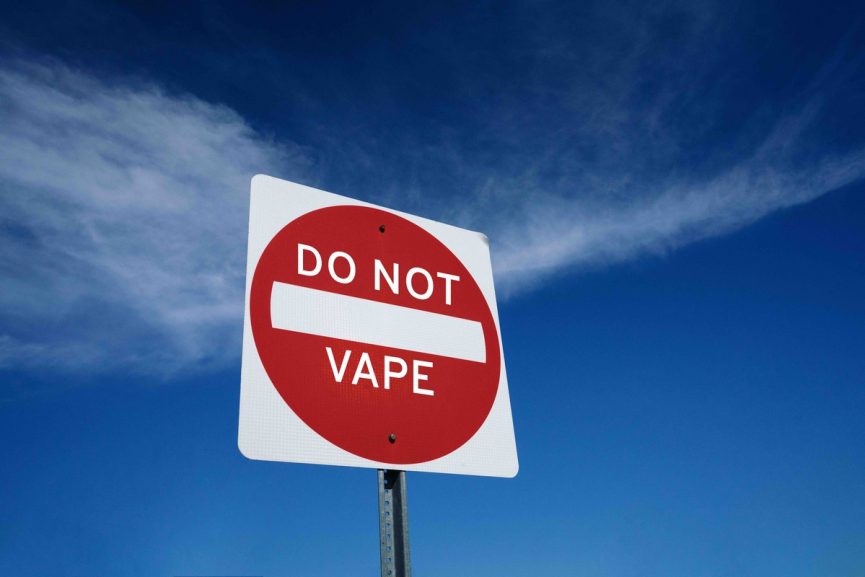 The recent ban on vaping which targets vapers and vaping companies or rather, to ban it.

This article is an overview of what will happen due to the recent change in the PACT law, such as its effects on vaping companies and ordinary citizens. Readers who own vaping businesses should carefully read this article and the laws mentioned in it.

What is the PACTE law?

The PACT (Prevent All Cigarette Trafficking Act) is an amendment to the Jenkins Act, one of the first laws to regulate tobacco.

This act was further enlarged thanks to the passage of Law on the Prevention of Online Sale of Electronic Cigarettes to Children, which was buried in the 5,000-page spending bill that President Donald Trump enacted – a farewell gift from his administration.

The Prevention of Online Sales of Electronic Cigarettes to Children Act (commonly known as the “Vaping Ban”) requires the US Postal Service to stop shipping vaping products to residential addresses. It also groups vaping products into the aforementioned PACT law.

In addition, the provisions of this law are extensive, covering any device that can vaporize nicotine oils or liquids, including CBD oils and THC cartridges.

The PACT Act regulates tobacco products and requires states and small jurisdictions to collect taxes from online sellers. Better yet, online sellers must register with the Bureau of Alcohol Tobacco, Firearms and Explosives (ATF).

The other vape flavor ban requirements are:

Failure to comply with these requirements could result in criminal penalties, and the agency responsible for enforcement is the ATF.

Additionally, different states in the Union have their own regulations governing the use and sale of vapers and nicotine liquids, which means that small businesses will also be required to pay sales and sales taxes. excise in various states.

These tax compliance regulations are so onerous that a tax firm specializing in building software for the heavily regulated oil, gas and tobacco industries just rolled out tax software for vape shops.

This shows how difficult it will be to comply with these new regulations. The vast majority of vaping companies will not have the staff to stay in compliance. They will likely have to shut down their vaping businesses.

The only vaping companies that will survive the vaping ban are those that have immense reserves of cash and the resources to hire enough staff to research the various federal and state requirements that regulate the sale, possession, and disposal. taxation of vapes, nicotine liquids and accessories.

How will shipping restrictions affect vapers in 2021?

In February, the USPS announced plans to institute a rule called the Processing electronic cigarettes by mail. The rule intends to add vaping products to its regulations governing the shipping of tobacco products.

This rule prevents the USPS from being used to ship tobacco products in packages larger than 10 ounces to retail customers, except Hawaii and Alaska.

If vapes and nicotine liquids are added to this rule, customers will likely be able to order vape products as long as the packaging weighs no more than 10 ounces.

When the USPS proposed these rule changes, it gave citizens 31 days to comment on them. It is highly likely that they were affected by a high volume of vaping complaints. As a result, the ban on vaping has not yet been implemented.

However, the USPS cannot challenge Congress, and the USPS will likely implement this rule eventually.

Closing thoughts on the ban on flavored vaping

There are all kinds of things that can be said about the ban on vaping. The most important thing to point out is that it was enshrined in a 5,000 page expenditure bill, so it’s not too far off to say that it was not a bill. of expenditure law. Instead, it was a way to bypass the proper legislative process in which proposed laws of Congress are debated and voted on.

The owners and advocates of vape companies have started to strike back by creating American Vaping Association. This organization has been active in galvanize people into writing to the United States Postal Service, which is likely one of the reasons the new shipping rules have been delayed.

If the AVA has managed to rally so many people to their phones, it will be a powerful lobby group, and they may be able to change the law.

If the AVA is ineffective in pushing for change, it is likely that it will be so difficult to order vaping products that the industry will go back several years.

It is tempting to blame “Big Tobacco” lobbyists for this ban, and there is reason to believe that they might have something to do with the introduction of this law into the spending bill.

After all, Phillip Morris produces and sells the IQOS electronic cigarette, which vaporizes tobacco leaves.

Could they have wanted a law that would make it more difficult to buy e-liquids so that ex-smokers use their new product? It’s possible. But why would these companies ban a product that they could easily manufacture themselves?

It’s best to use Occum’s razor to cut through the fog here. This bill is more likely to have been passed by anti-smoking agencies in the FDA or another alphabet soup health organization in Washington whose bureaucrats are still stuck in the ’90s and associate vaping with cigarettes.

I smoked for over 25 years. At that time, I also graduated in medicine with a specialization in addiction treatment and counseling. This period led me to vaping, my interest started around 2011. I fight against the wave of hysteria and disinformation around vaping that emanates from various legislative, cultural and scientific fronts. Having the support of scientific advice, I am happy to contribute my thoughts, articles and expertise.